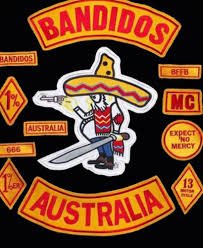 An alleged Bandidos bikie member accused of slitting a man’s throat in his own home will remain behind bars on remand over the Christmas holidays.

Jarrod Kevin Anthony Brown, 32, was charged with the attempted murder of the man, 53, at his property south of Brisbane last month.

The incident left the alleged victim in an induced coma at Princess Alexandra Hospital.

Mr Brown is also facing charges of entering a dwelling with intent and contravening an order about information necessary to access information.

During a brief appearance at Beenleigh Magistrates Court on Thursday, Mr Brown’s defence lawyer asked for the brief of evidence on the attempted murder charge to be delivered in January next year.

No application for bail was made.

Magistrate Clare Kelly adjourned the matter to February 10, 2021, and ordered Mr Brown to appear via video link from custody.

Police allege Mr Brown, from Shailer Park, seriously assaulted the 53-year-old victim by slitting his throat with a “sharp instrument” after entering the man’s Quinzeh Creek Road home in Logan, south of Brisbane, on November 14.

The man was rushed to hospital when police discovered the shocking scene about 3.15pm that afternoon.

It is further alleged Mr Brown contravened an order made by police about electronic communications on November 18.

It is understood the men were not known to each other, but police allege the incident may have arisen over a confrontation in the days prior.