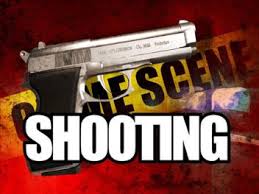 More state and federal agencies are joining the investigation into what officials described as a “mass shooting” that injured at least 11 people in Grenada early Sunday morning.

Grenada Police Chief George Douglas said the incident happened at a meeting hall for motorcycle riders on Highway 8 East around 1:30 a.m. He said that investigators have determined the altercation began inside the hall and then spread outside. Preliminary findings suggest two separate groups may have been involved in the shooting, but those have not been confirmed, he said.

Douglas said investigators from the FBI, the Bureau of Alcohol, Tobacco, Firearms and Explosives, the Grenada County Sheriff’s Office and the office of District Attorney Doug Evans are assisting with the case. The agencies are currently in the process of identifying suspects, he said.

No one was killed during the shooting, but one woman was airlifted to an out-of-area hospital. Douglas could not confirm which hospital she was taken to, but said her family informed his agency that she is expected to recover.

Several other people were treated and released from area hospitals in Grenada. Douglas previously said some of the people who were injured in the shooting were from outside Grenada County and returned home after receiving treatment. This has hampered the investigation, he said.

Deputies had not been called to the hall to investigate any incidences prior to Sunday’s shooting, Douglas said.

“We have had reports of gunfire from the area, but I can’t specifically label it as having come from (the hall),” he said.

Douglas also said the meeting hall was operating in violation of a curfew issued by the city of Grenada as a result of the ongoing COVID-19 pandemic. The police department is currently determining what charges, if any, will be brought against the owners for the violation.

The shooting is the largest in the state since late October, when two people were killed and eight others were injured at a wake in Greenwood, Miss., according to the Associated Press. Douglas said this is the worst incident he’s handled in the city during his 33-year tenure in law enforcement.

“The only thing that I can think of to compare it to … is when we were dealing with some Vice Lords or Gangster Disciples back in the mid-80s or early 90s,” he said. “But this, by far, is the largest one that we’ve ever had.”

Douglas said firearms and stolen property were found inside the club during a search of the club. He declined to comment on what the property was or if it’s now part of a separate investigation.