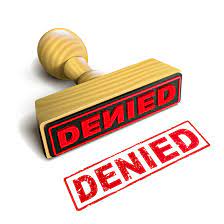 Johnny Lee Sommerhalder, convicted of three North Bay murders during a spree of deadly violence in the 1960s as the leader of the Grim Reapers motorcycle club, has been denied parole for the 15th time, prosecutors announced Thursday.

Sonoma County District Attorney Jill Ravitch said the victims family members and prosecutors from her office and Marin County were in attendance at the hearing and voiced their opposition to releasing the 78-year-old.

According to prosecutors, Sommerhalder’s crime spree began in 1965. He went to prison for an assault with a deadly weapon involving a brutal attack on a 17-year-old victim.

Sommerhalder was released from prison in 1966 and placed on parole. On October 7, 1967, while still on parole, Sommerhalder was out driving in Santa Rosa at about 4:00 a.m. He was with three of his associates when he came upon Charles Kaufmann and Kaufman’s girlfriend parked in a vehicle in the hills behind Santa Rosa.

Prosecutors said Sommerhalder approached Kaufmann on the driver’s side of the vehicle while an associate approached the girlfriend on the passenger’s side. He pointed a handgun at the couple and ordered them to cover their heads with their sweaters and step out of the vehicle.

Once out of the car, Kaufmann — who was a champion wrestler at Santa Rosa Junior College — got into a scuffle with the men. He flipped Sommerhalder and one of the other attackers. But Sommerhalder pulled out a gun and fatally shot Kaufmann twice in the back and once in the head at close range.

The girlfriend was kidnapped and driven to a remote location near Calistoga Road where she was repeatedly raped and left naked and bound by her own clothing.

Three months later, on January, 12, 1968, Sommerhalder and an associate broke into a residence in San Rafael. While they were burglarizing the residence, the owners — Curtis and Shirley Ackley — arrived home.

They shot and killed Curtis Ackley and tortured, killed and raped his wife. Sommerhalder was arrested a couple days later, after a shoot-out with law enforcement.

In 1968, Sommerhalder was convicted by a Marin County jury of the Ackleys murder and the jury sentenced him to death. He was then transferred to Sonoma County where he pled guilty to the first-degree murder of Kaufmann for a concurrent life sentence.