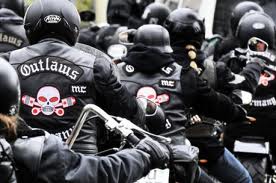 A local man, reportedly part of the Outlaw Motorcycle Club, who allegedly seriously injured a man in a bar fight in December 2018 could have the charges against him dropped in November.

Anthony Sidoti, 27, of Whiting Street, was granted a diversionary program during a hearing in New Britain Superior Court in November 2019. Originally, judicial records indicated, the program was expected to last until November 2020.

Because the case has been sealed – which is standard for those involving diversionary programs – it remains unclear why the matter has been continued until this November.

Sidoti was arrested on Feb. 4, 2019 on charges of first-degree assault, second-degree reckless endangerment and second-degree breach of peace. The charges stemmed from an incident on Dec. 28, 2018 when Sidoti allegedly attacked someone in the Zen Bar on Farmington Avenue sending him to Hartford Hospital, according to the arrest warrant.

The victim was treated for a laceration to the back of his head, which needed seven to eight staples, a broken nose, a fractured rib and two teeth that were knocked out.

According to the warrant, a witness told police the complainant appeared to be instigating a fight with multiple people in the Outlaw Motorcycle Club in the Zen Bar during the incident. Sidoti, the witness said, was the primary assailant, punching the man in the head several times, the warrant continued.

The men left the bar before police could arrive.

During the investigation, police were able to use information from the witness and video surveillance footage from the Zen Bar.